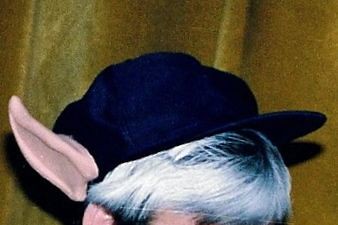 Something I've often intended to do is to compile a checklist of all the Simon & Schuster Audioworks' productions of "Star Trek" fiction. When I got up yesterday morning, a poster on TrekBBS had asked for a definitive list, or at least some help checking if a (now-defunct) online list they'd found at SFF Audio was complete or not. Since I do own all of these tapes (or CDs), and they are located rather close to the computer (but not so close as to be affected by the magnetic field!), I figured I'd bite the bullet and work on the list.

Simon & Schuster Audioworks started their "Star Trek" fiction line in 1987, making audios of their sister company's licensed Star Trek novels and novelizations. The first one rode the tail of the publicity and marketing frenzy for the movie, "Star Trek IV: The Voyage Home". They followed up quickly with some solid sellers from the Pocket fiction line, somehow squeezing two of the new "giant" novels into 90-minute presentations. The early audios were read by either George Takei or James Doohan, "with Leonard Nimoy as the voice of Spock", a clever compromise to cash in on the pulling power of busy actor/director Nimoy, and yet not be too taxing for the ever-popular Mr Spock to squeeze a little narration into his schedule.

The audios, especially in those early days, were abridged by their own authors, although as deadlines became more difficult to meet, George Truett became "the man" behind most abridgments. Music and sound effects on the productions are unique to this audio line, although some use is made of the key TV theme music for TOS by Alexander Courage.

As we approached the 21st century, S&S Audio (as they are now known) pulled back on frequency of their Trek releases - they had settled into adapting mainly hardcovers (simultaneous with the release of each one), and dropped the regular use of Trek alumni as narrators, but the ST audios were still a fascinating, and always enjoyable, aspect of the Trek licensing juggernaut.

The audios have survived some interesting package format changes, and then embraced the rising popularity of CDs (replacing audiocassettes) and now downloadable e-files. If not indicated otherwise, audio productions are assumed to be abridged by the authors. (From October 2019, this blog entry's lists have been consolidated and expanded on a new REGULARLY UPDATED PAGE - please click the link!)

Just wanted to thank you for your hard work in putting this list together! I am relatively new to Star Trek audio books and now have almost all of them on my iphone :)

Is there anywhere online that might also be worth checking re star trek audio books? Also, do you know if there will be any new ones? I have just finished the newest novelisation (which I quite liked) and am impressed by the New Frontier series but wish there were more!!!way, thanks once again :)

Thanks Danny! As far as I know, my list is definitive.

Defcon, on TrekBBS, just mentioned that "there are also unabridged audios of the first four 'Titan' books and the first two 'Vanguard' books (two more are announced at the moment) in German, published as mp3s exclusively for audible.de.

Following a recent discussion on abridged vs unabridged audios on TrekBBS, I prepared the following summary:

The next few releases of MMPBs were still 90 mins, while the longer hardcovers went to 180 min. Even the ST VI novelisation was only 90 mins. ""Faces of Fire", the only book read by Bibi "Carol Marcus" Besch in 1992 was the first MMPB to get the 180 min. treatment. TNG followed the same pattern, 90 mins for MMPB, 180 mins for hardcovers, until they splurged 150 mins for the novelisation of "TNG: Relics" with James Doohan.

Although the CD era enabled more efficient production of longer running times, S&S Audio has only made two "CD-only" titles: Shatner's "Captain's Glory" (which was delayed when the Reeves-Stevens were busy on the ENT TV series) and the Alan Dean Foster novelization of JJ Abram's movie.

All read by Detlef Bierstedt, who was the German voice of Riker during TNG and "Generations".

read by Lutz Riedel, who was the dubbing director for the TNG movies.

New info from Defcon at TrekBBS:

And of course there is Highscore Music's full cast audio play adaption of
TNG: Tod im Winter (Death in Winter).