I spent all day Wednesday surrounded by fog in San Francisco so, in the wee hours of Thursday, when I tried to recreate a plump, fluffy, accurate-to-nature cloud I had painted in 1978, this came out instead. Celebrating the rediscovery that purple and umber are the perfect tones to shade a cloud! You'd expect to need grey or black, but no it's purple and umber! Oil pastels on tiny notepad paper of the Cova Hotel, downtown San Francisco, USA. 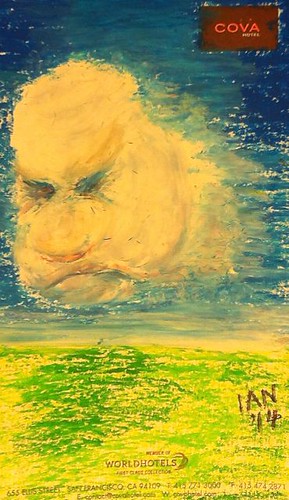 Update: A bit of a thought experiment. "Every silver lining has a cloud." [Quote from Avon, "Blake's 7".] Created by attaching a torn Ingres paper cloud to my hotel window, complete with a silver lining made with a tinsel pipe-cleaner: 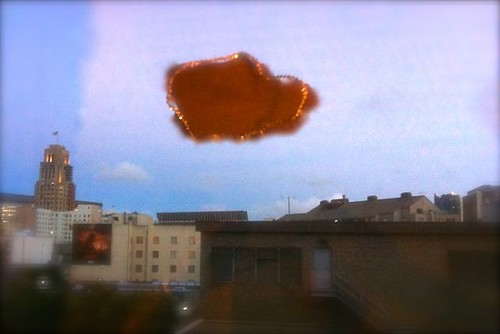 No more baked beans for you! Oil pastels on Ingres paper: 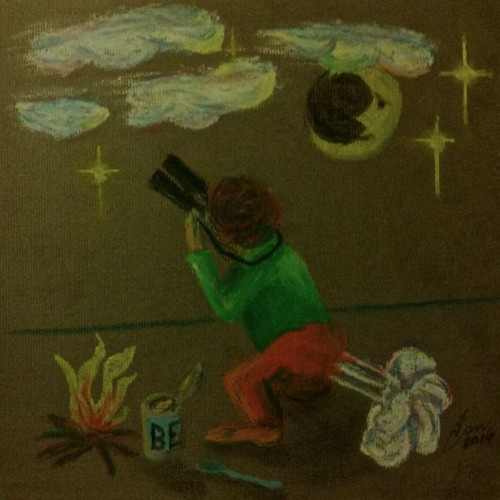 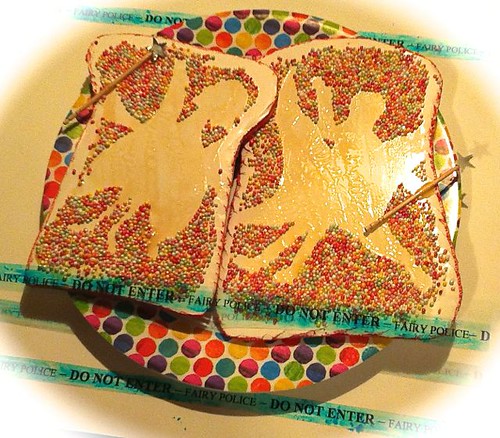 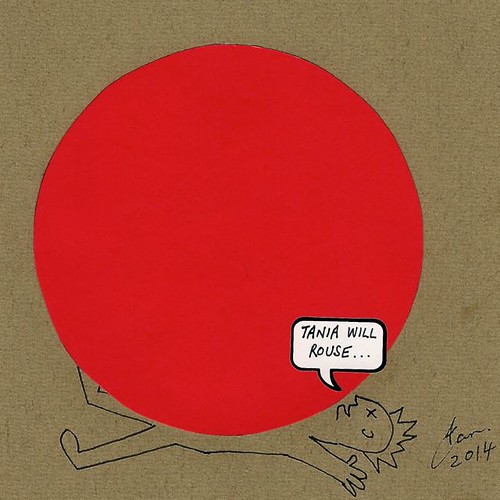 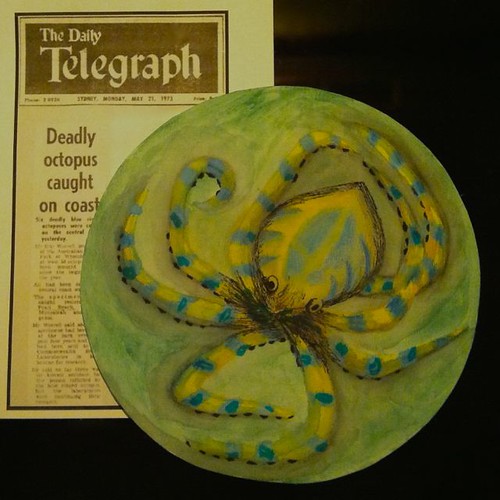 Here's my watercolour, watercolour pencil, blue highlighter and permanent black Sharpie blue-ringed octopus on gesso-primed white canvas, accompanied by a newspaper article about my very exciting capture of one at Pearl Beach in 1973. "The Daily Telegraph" did an extensive phone interview by reverse-charges - via the only public phone box in Pearl Beach - but the eventual story was watered down after several more octopuses were caught on the NSW Central Coast on the same day. Must have been breeding season?

Update: Mixed media collage - on an ink blot. The piece of inverted writing paper has a faint image of planet Earth printed on it. The seaweed was created from a puddle of green watercolour paint blown upwards with a straw. 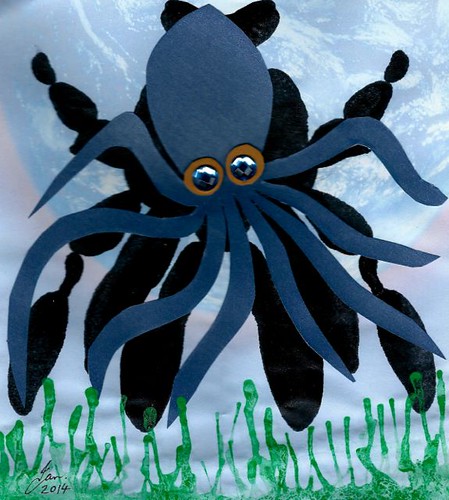 I had been wondering if I could create a symmetrical inkblot octopus. It failed dismally, but I stewed on it for a day or so and then I realised I could salvage it with some collage over the top. That pack of silver/mauve "satin" metallic card was just $2 in a bargain store. Bargain indeed! The eyes are cut from a brown foam animal sticker and self-adhesive "jewels".

And, now, Dad Joke Warning (below): "I'd give seven tentacles to be amoctodexterous": 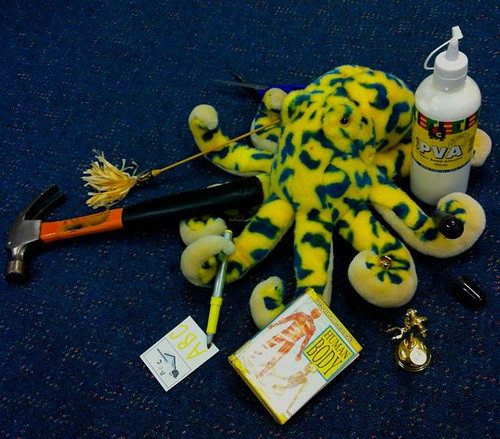 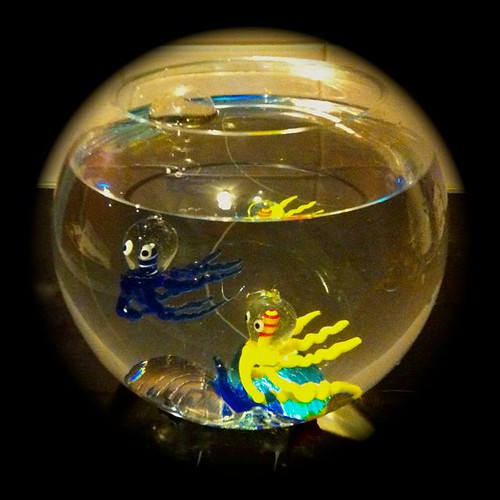 Things you do when you should be packing boxes of books and action figures for the interior painters' imminent arrival: A piece of iPhone photography. I uncovered a cache of stuff last night, including these glass octopuses (above). They are suspended from transparent glass bubbles with fishing line. Originally bought at Fremantle Markets, Western Australia in the early 90s. Took me waaaaaay longer to set up this shot that you'd expect. They kept swimming away!

Teachers' notes for One red shoe

The Teachers' notes I wrote for Wilkins Farago Publishing are now online. I hope lots of school libraries buy their own copy of the picture book, One red shoe, and get good use out of it!

The notes can be downloaded as a PDF here.

When I was testing the book out with our Stage 3 students, even the Stage 2 students were intrigued, although they only really discussed the red symbolism throughout, not the stronger themes about war/unrest in the Gaza Strip, but they came up with this digital slideshow:

Posted by Therin of Andor at 10:29 pm No comments: 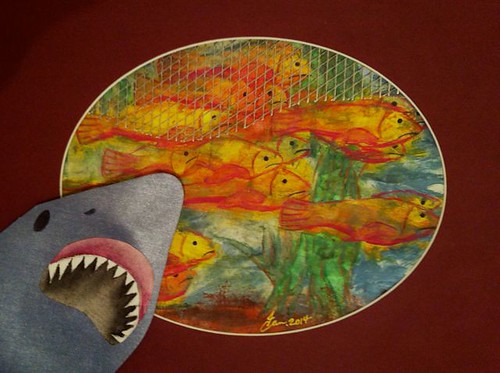 Posted by Therin of Andor at 1:02 am No comments: