Sketch in black Sharpie and Biro on coffee-washed paper, with shading and highlights in 2B graphite and yellow, red and blue pencils. Counter arrangement based on a vintage haberdashery store.

Freehand torn paper collage of a Jack Russell terrier, with acrylic paint, felt and finepoint Sharpie details, mounted onto corrugated art board. Based on a personal photo (flipped) and inspired by the same image when adjusted in the Prisma iPhone app.

I guess the answer is yes. If you liked those opening scenes of both the 2009 "Star Trek" movie, and its sequel, "Star Trek Into Darkness" - both of which had a "strange new worlds, strange new life forms..." original-series' flavour - then I'm sure you will find plenty of that entertainment in the new movie. I was fortunate to see "Star Trek Beyond" at the first public world preview screening, right here in Sydney, this afternoon!

The preview was followed by an amazing Q&A session with the director and cast members. While we had to sign review embargoes (scroll down), we are able to give general impressions. There was lots of footage that had not been leaked, or even hinted at, yet. My Trek pals and I were delighted by some amazing visuals and humorous quips, many of which reminded me of TOS (and also "The Next Generation's first episode, "Encounter at Farpoint"). 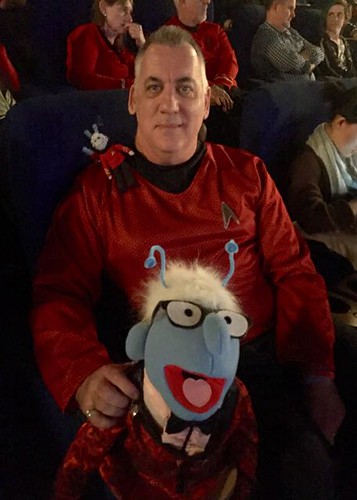 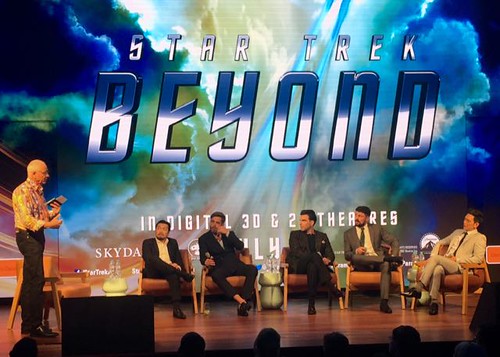 Keep in mind that my favourite Treks are "Star Trek: The Motion Picture" and the 2009 movie (almost equally), and I was a big supporter of TNG from the beginning. I didn't mind STiD at all, and my only niggle with it was that we were told, several times, that Benedict Cumberbatch was definitely not playing Khan. I probably would have loved the proposed "Phase II" series that begat TMP, too. 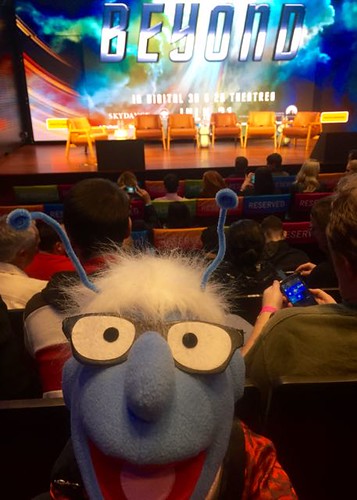 Also keep in mind that "Beyond" is a feature film, not a TV series, so it's only going to be as TOS as perhaps the "smaller" movies. "ST III: The Search for Spock"? Of course, fans who detested JJ's films from every angle will probably not have the patience for this one, but we don't recall seeing even one lens flare at the preview (not that they ever worried me). 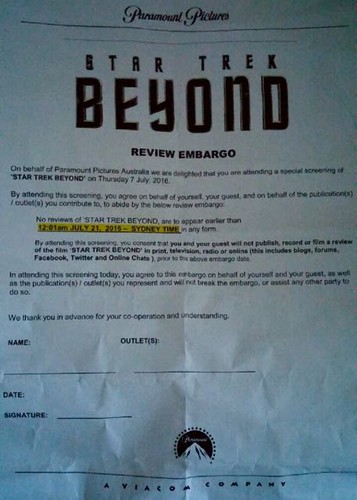 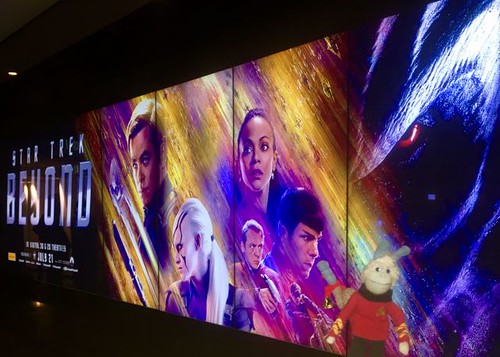 Posted by Therin of Andor at 9:00 pm No comments:

Finepoint black Sharpie on white cartridge paper, with highlights in watercolour pencils and opaque white Signo ink. Inspired by the current Australian $5 note and a holiday photo of my dog, Jack, on the banks of Lake Burley Griffin.