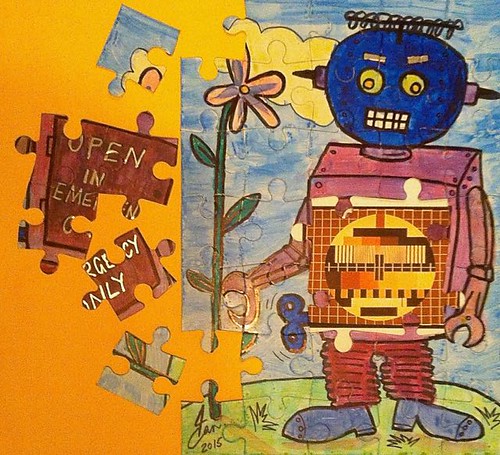 Retro robot. Black ink Sharpie (both Stained and finepoint) and acrylic sketch on pre-cut blank jigsaw. Revealed retro television test pattern has been sepia-toned in iPhoto before printing out.

Pattern created on black "scratch paper", which comes in a pack of five sheets (plus tool) for $4.00 from a toy shop. 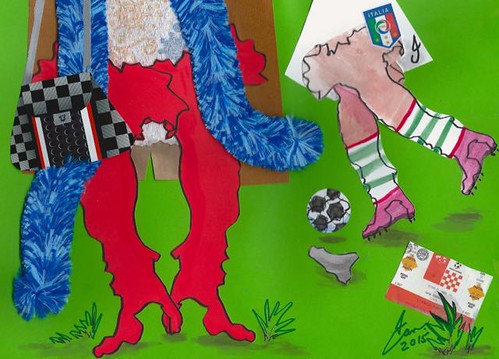 All You Can Eat at The Leaning Tower of Pizza. Cartoon in black Sharpie (no pencil lines!) on watercolour paper, cut out and glued onto card. Painted in watercolour. Signage in "Pages" word processing and then laserprinted. 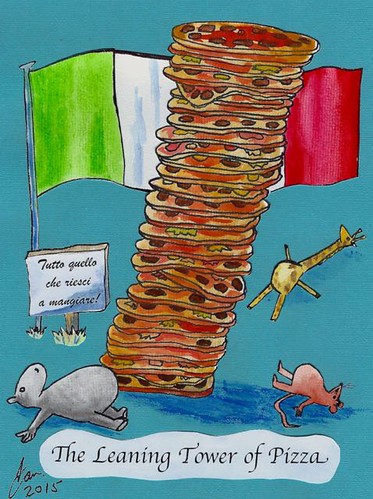 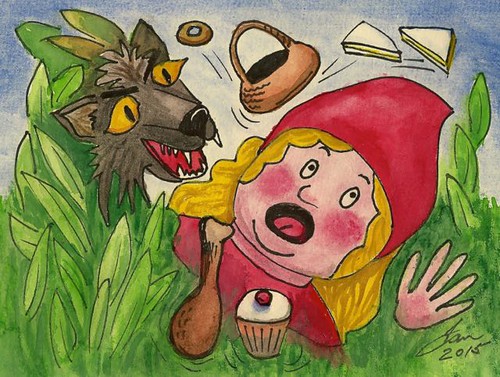 I shall be adding the artworks to this Flickr slideshow each week. Enjoy!

I did the Challenge in its inaugural year, which saw its membership surpass 2500 members! (2728 at last count!) Last year, I got into a fairly good routine of painting on a Sunday afternoon (and perhaps a little tinkering the next night), then creating the scan or digital photo so I'd be ready to post to the Challenge's Facebook page at midnight on the Tuesday. Of course, originally, I had no intention of doing a second artwork each week. I started getting intensely jealous of people putting up multiple works of a theme... so now, if inspiration strikes, I'll alway do more. I'm looking forward to seeing who's still here - and how artistic we all feel - in another year's time! 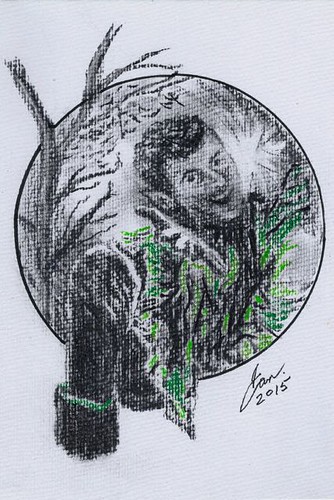 Peter Pan. Charcoal sketch of my Chicago actor pal, James Edward Dauphin, from a publicity shot of his featured stage role. In a costume he designed himself. Highlights in green oil pastel. 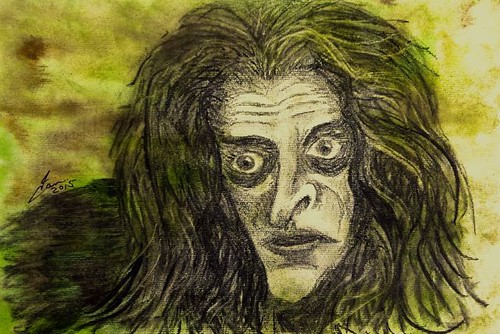 The Witch - of numerous fairy tales - as portrayed by Meryl Streep in 'Into the Woods'. Charcoal over watercolour wash on A3 watercolour paper. Based on a publicity photo.

I saw the movie, Into the Woods, on Sunday night and that particular image of Meryl Streep as The Witch has been haunting me ever since. I did exaggerate her nose because she was looking too pretty. I was excited by the randomness of the watercolour wash. Just as it was close to drying, I patted off excess green in the centre, with a scrunched paper towel, guessing where the face needed to be. Then I kept reorienting the paper, trying to decide which way was "up". Working with charcoal takes me back to the late 70s/early 80s. Nostalgia plus!